Welcome to a new Forestry Wisdom blog series called ‘Forest Tree’. Each blog will focus on a productive tree species that is commercially managed and grown in the UK. This simply means that the main objective for the woodland is to grow and manage trees to a good enough size and quality that they can be used for many different products, such as fence posts and beams for houses. 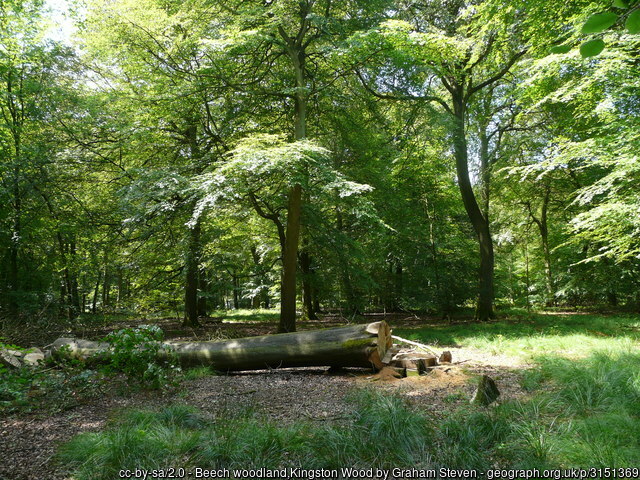 This blog will focus on the wonderfully impressive (and incidentally my favourite tree!), Common Beech (Fagus sylvatica). It has a smooth grey bark and bright green oval leaves with a wavy edge and pointed tip; along the edge of the leaves are thin, silky white hairs. As they mature, the leaves lose these hairs and become a much darker green. In spring, it bears tassel-like male catkins on long stalks at the end of twigs, while female flowers grow in pairs, surrounded by a cup. The cup becomes woody and encloses one or two beech nuts, called a beechmast. When you walk through a beech woodland in the autumn, the ground will be strewn with empty masts and fallen leaves; now is the perfect time to go have a look!

Although native throughout the UK, beech are considered truly native to the south of England and Wales. After the last Ice Age, some tree species colonised throughout the UK when the glaciers melted and before the UK was disconnected from mainland Europe. Because beech is slow growing, it only established well in the south before the disconnection; hence, it is thought of as only truly native in the south! Not just found in the UK, it is commonly planted throughout Europe, including countries such as Sweden, Germany and Poland; follow this link to see all the UNESCO-designated beech forests throughout Europe.

Reaching heights of up to 40m, beech grows well on drier, free-draining soils, such as chalk, limestone and light loams. It favours a more humid climate and well-draining soil in Europe. Beech have large, wide-spreading crowns, that creates a shady environment on the woodland floor below. It has incredibly shallow roots, with most being in the top 30cm of the ground. This is the main reason why, when planting a beech woodland, the site conditions are suitable; they do not do well in soils that are too wet or too dry. Although they do like drier soils, they are very susceptible to drought. Beech do require a good 70-80cm of rainfall throughout the year, so when there are long periods of drought like we have seen in recent years, that is when they suffer. 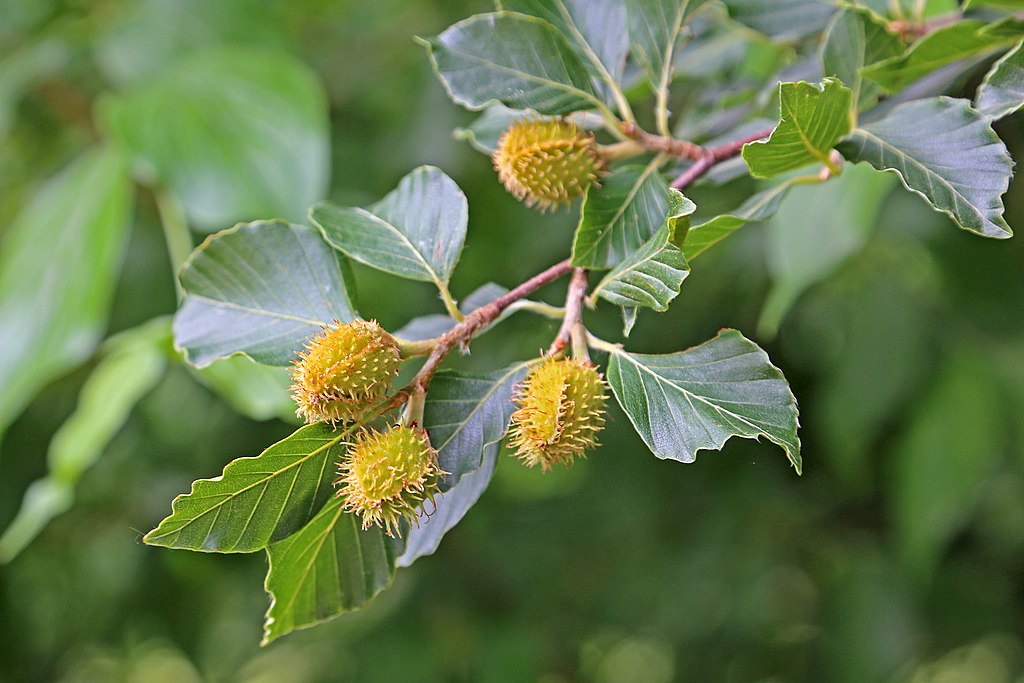 When planting beech for productive reasons, trees are planted close together in a grid-like formation, known as stocking density. They are generally planted between 2-2.5m apart, but for the production of high-quality timber, they can be planted between 1-1.5m apart. A tighter stocking density allows the trees to not only support each other while growing, but encourages less branching, leading to straighter stems. For the first 25-30 years, the trees require careful pruning of branches and then thinning, which is the process of selecting the poorer trees and removing them, allowing the remaining trees to grow and develop. The thinning cycle continues every 5-10 years until the trees have reached the best quality size, they are then felled and cut to the correct size for the end product.

Beech timber is widely used in the furniture industry, as it has a fine and straight grain and is easy to cut and sand. Its bending capacity enables it to be used in the manufacture of chairs and sofas. It is also used for sports equipment and tool handles, as it has good strength and durability. Timber that is of poorer quality or form is still of use; it can be chipped up and used for both fuel and cooking purposes. Some food companies use beech wood to create smoked cheese; this may be a challenge for most of us, so I suggest using beech wood chippings inside your BBQ, instead of charcoal, to achieve a wonderfully subtle nutty taste.

The main concern for beech woodlands in the coming years is climate change, particularly those established in the south of England and Wales. With temperatures rising and more extreme weathers of drought and storms, the dry chalk and lime soils will put beech woodlands at risk, from both a productive and health and safety point of view. With such shallow roots, a dry summer of drought could cause the trees to weaken, and a wet winter of storms could lead to a domino effect of falling trees. However, it’s not all doom and gloom; with the changing climate, areas further north are becoming more suitable for beech, meaning that the beauty of beech woodlands will be climate future-proofed. 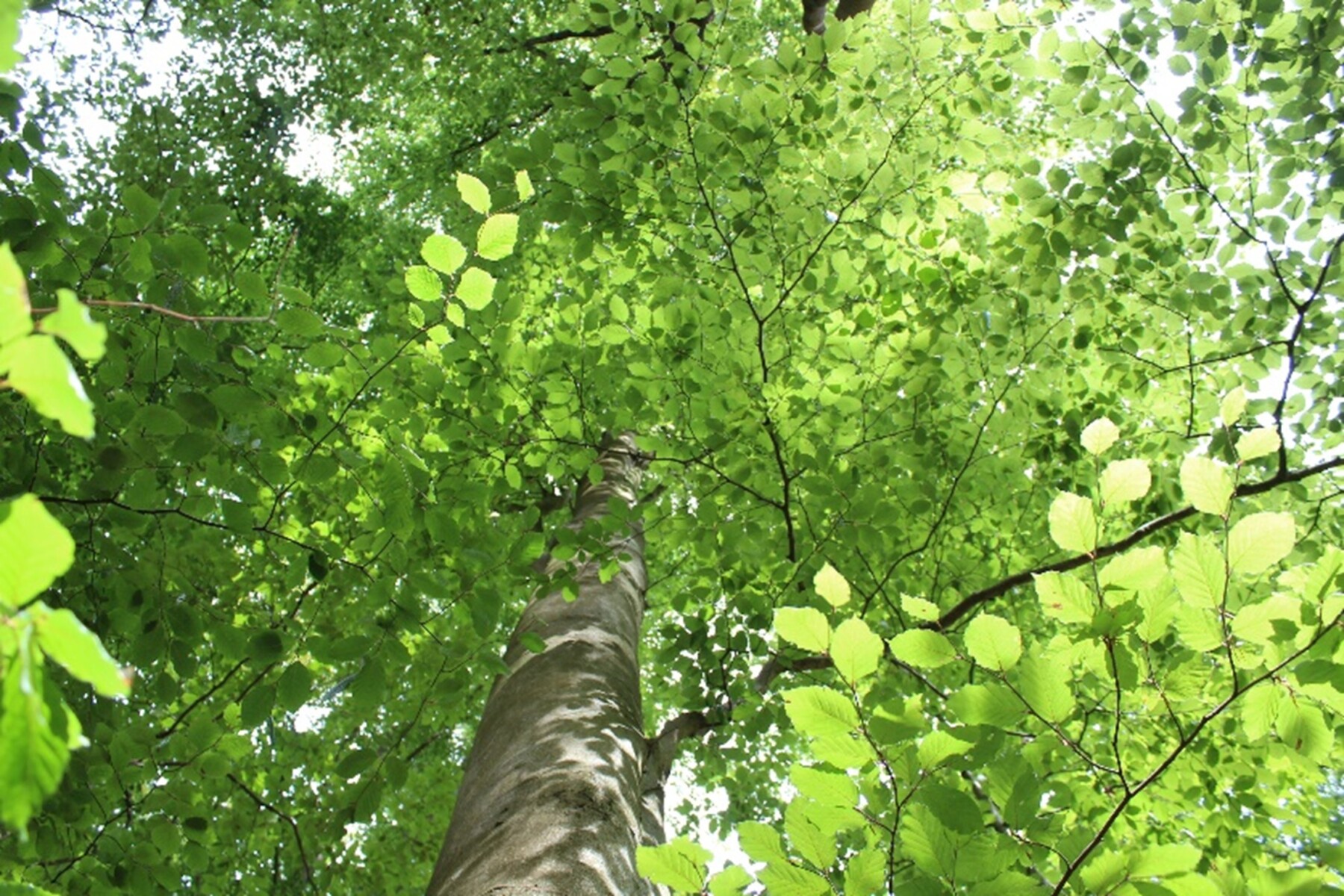