Skip to content
Previous Next
Ash Dieback: A Painful Reality

This article has been written by Bob Staig, who has been practising arboriculture and open space management since 1979. Bob was involved in practical arboricultural operations and training students from 1979 until 1985 and thereafter has been responsible of the management of a diverse range of environments including street trees, arboretums, parks, nature reserves, cemeteries and private estates. Bob has worked as a consultant for a number of local authorities over many years providing both advice on strategic open space management together with specialist arboricultural services.

Ash Dieback, Hymenoscyphus fraxineus, is a fungal disease spread via airborne spores that is having a lethal effect on Britain’s Ash trees. The disease was first identified in the UK in 2012. It now covers nearly 80% of the UK and is showing little sign of abating. In central Europe, the disease has affected 70% of all Ash trees, most notably European Ash Fraxinus excelsior, which makes up 12% of UK woodland. The total UK Ash population is estimated at 125 million trees with 60 million of these outside woodland in hedgerows, parks and gardens. 80% of all these trees will probably be killed by the disease. Contrary to popular belief and very sadly Ash Dieback can affect trees of all ages with mature trees taking slightly longer to succumb.

Mid-summer is the ideal time to identify infected trees. Ash usually put on a mass of growth with healthy long stems in late spring and early summer. In an infected tree this new growth will start to wilt and turn black or not grow at all leaving dead sticks pointing up from the canopy. The trees will try to mitigate the effect of the disease by throwing up lots of vigorous fresh stems (epicormic growth) from normally dormant buds on the inner branches and main stem.

As the disease progresses the tree declines further with the remaining clumps of leaves exhibiting a classic “pom-pom” effect as shown below. The tree will not recover from this point but may take several more years to die. In young trees, wilted foliage and diamond shaped lesions on the bark are the classic signs of the disease.

As mature trees decline Ash dieback causes trees to become brittle. Limbs and branches, particularly those with existing weaknesses such as cavities or areas of decay, are very likely to fail. The disease also weakens the tree making it easier for other pathogens such as Honey Fungus to take hold. 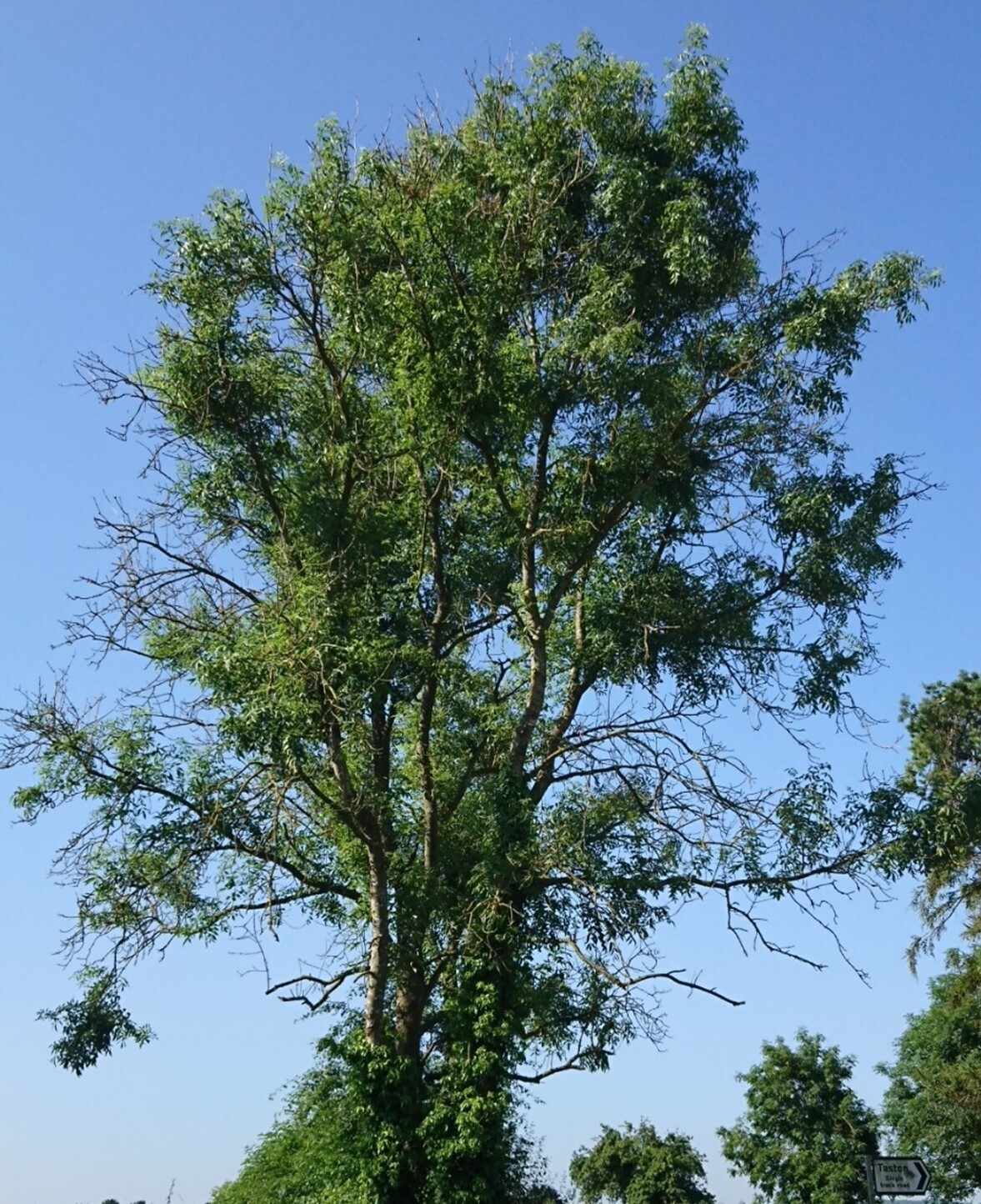 An early-mature Ash showing classic signs of decline and regrowth 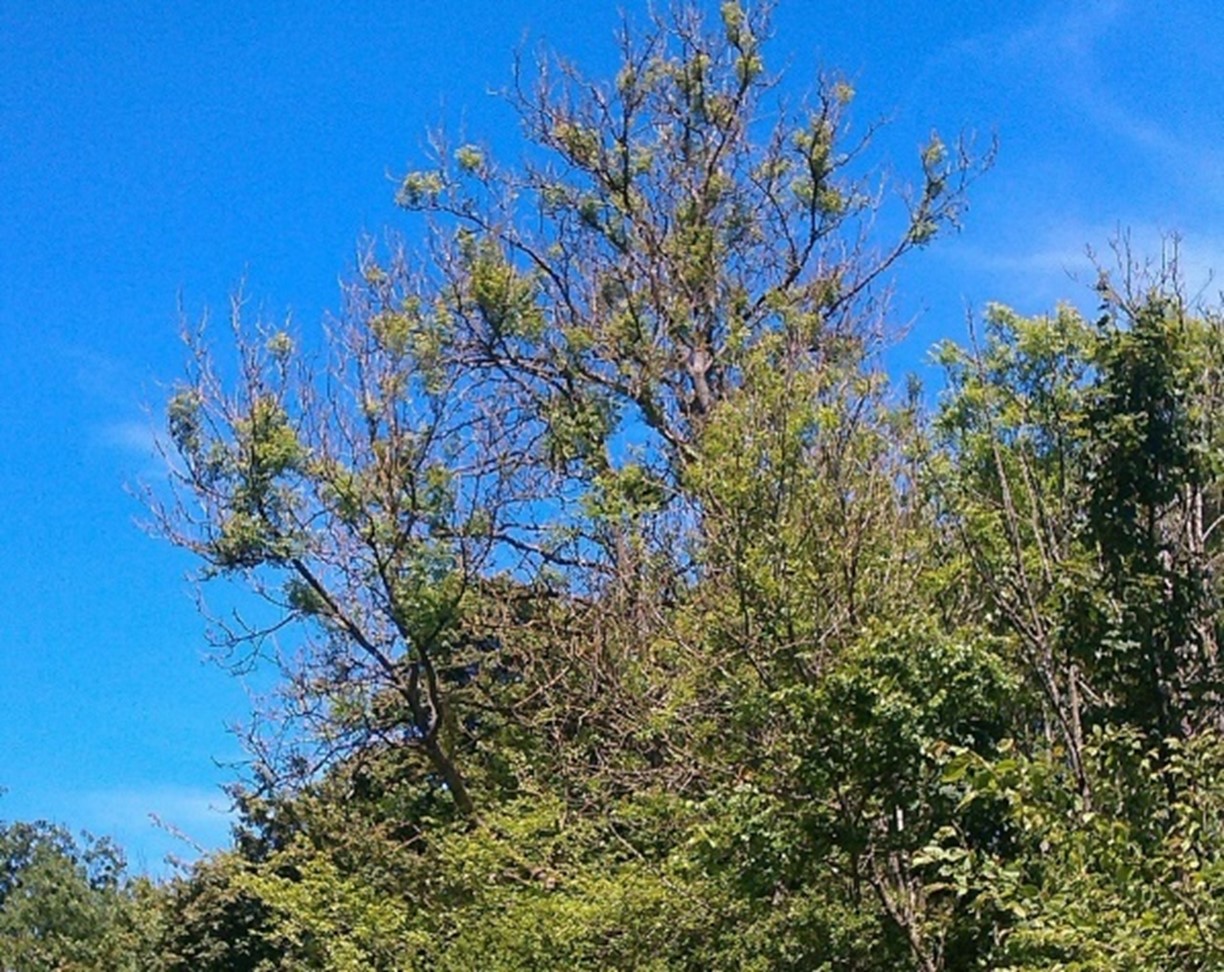 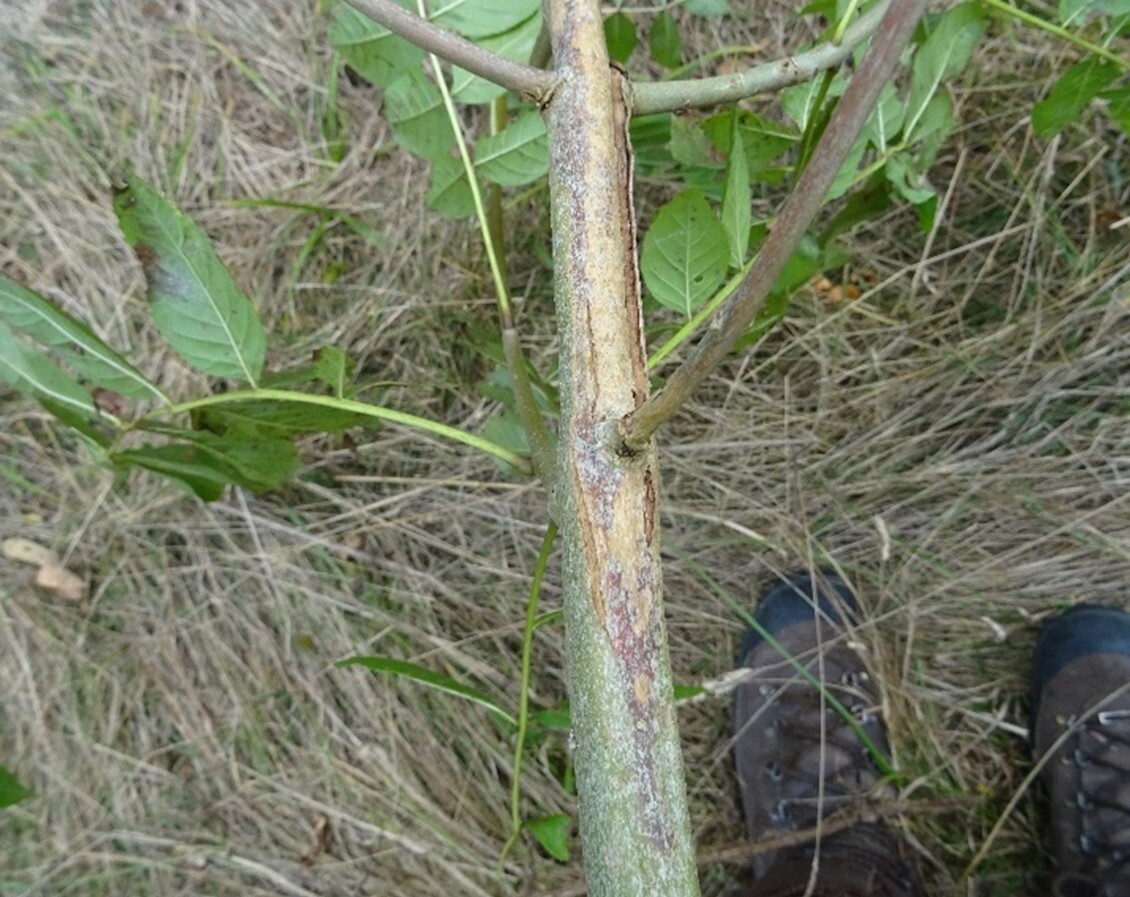 Where trees need to be felled it is imperative that this is done sooner rather than later as the tree will rapidly become too dangerous to work on using traditional arboricultural methods, and will need expensive, specialist equipment to take down. As well as the health and safety implications, the loss of habitat will affect 955 species found to have some connection to this marvellous tree, 45 of which solely live on Ash.

We strongly advise all tree owners to have their trees checked every two years by a qualified professional. This is all the more important now with this disease so rampant and is particularly so where trees are in range of highways rights of way, and buildings. Nicholsons team of experienced and knowledgeable tree surveyors can help to catch the disease early, save you money and put your mind at rest.

Amongst all the bad news is the hope that a significant minority of trees will show some resistance to the disease. The UK population is thought to be genetically more diverse than the European one that has been so severely affected. It is notable that some trees, particularly the more mature ones, appear to be showing some signs of resistance and recovery from light infection. At this stage it is too early to tell if the trees are showing resistance or if the disease is taking a little longer to affect them. It is vital that we all keep an eye out for those trees that show some resistance to this debilitating disease and retain them wherever this is possible. In time these trees will provide the stock to propagate a new generation of Ash that will beat this beastly fungus.

Further information can be found here: 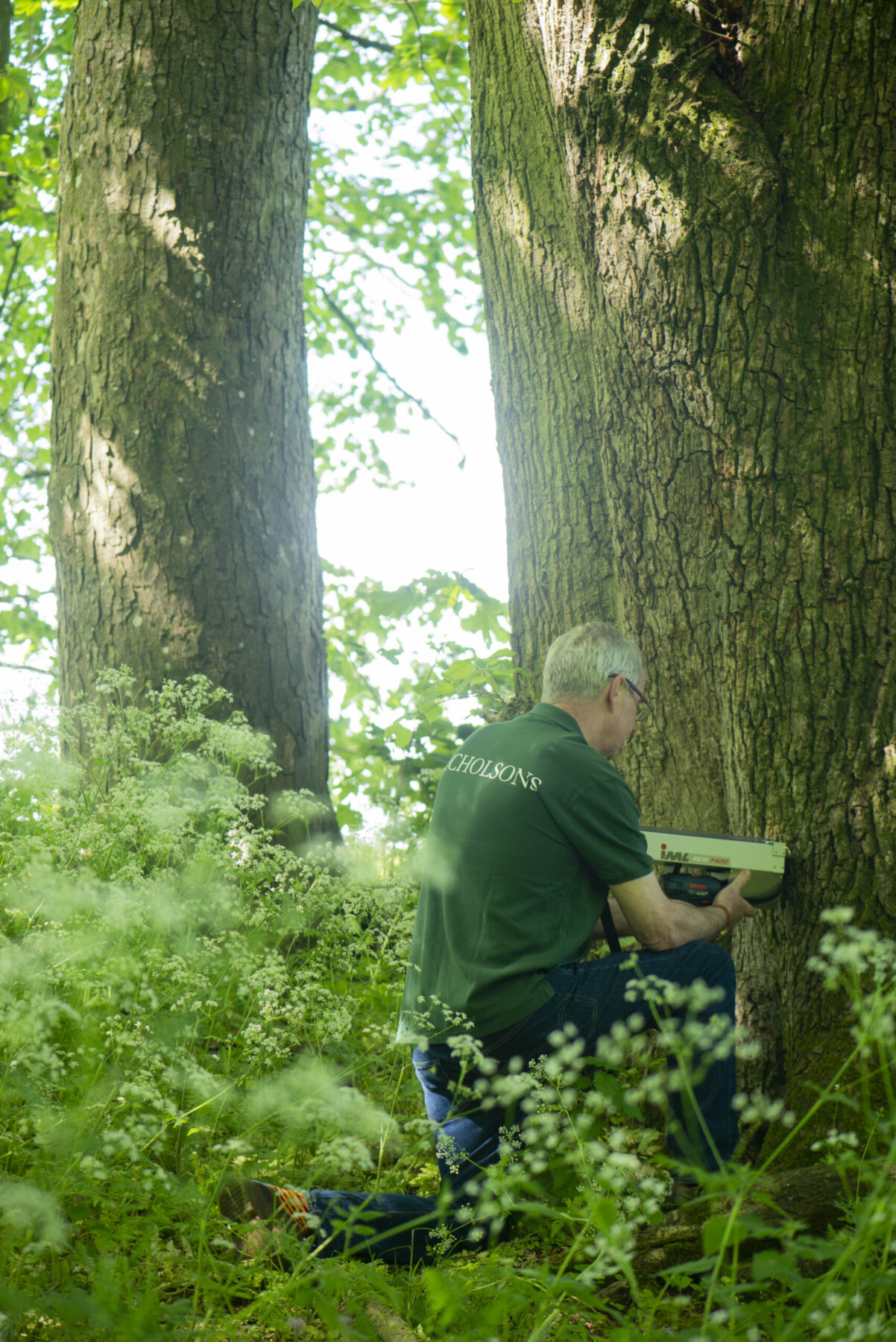