Welcome to the second blog in the Forest Tree series.

This blog will focus on the toweringly tall Douglas fir (Psuedotsuga menziesii); a non-native conifer. It has soft, green needles with grey-white undersides; the bark is reddy-brown in colour, deeply fissured and cork like. Douglas fir is monoecious, meaning both male and female cones are found on the same tree. Female cones are reddy-green and grow at the tips of twigs, whereas male cones are oval and grow on the underside of the previous year’s shoots. Once pollinated by wind, the seeds and female cones develop. They hang downwards from the branches and change in colour from a dark pink to a light brown. 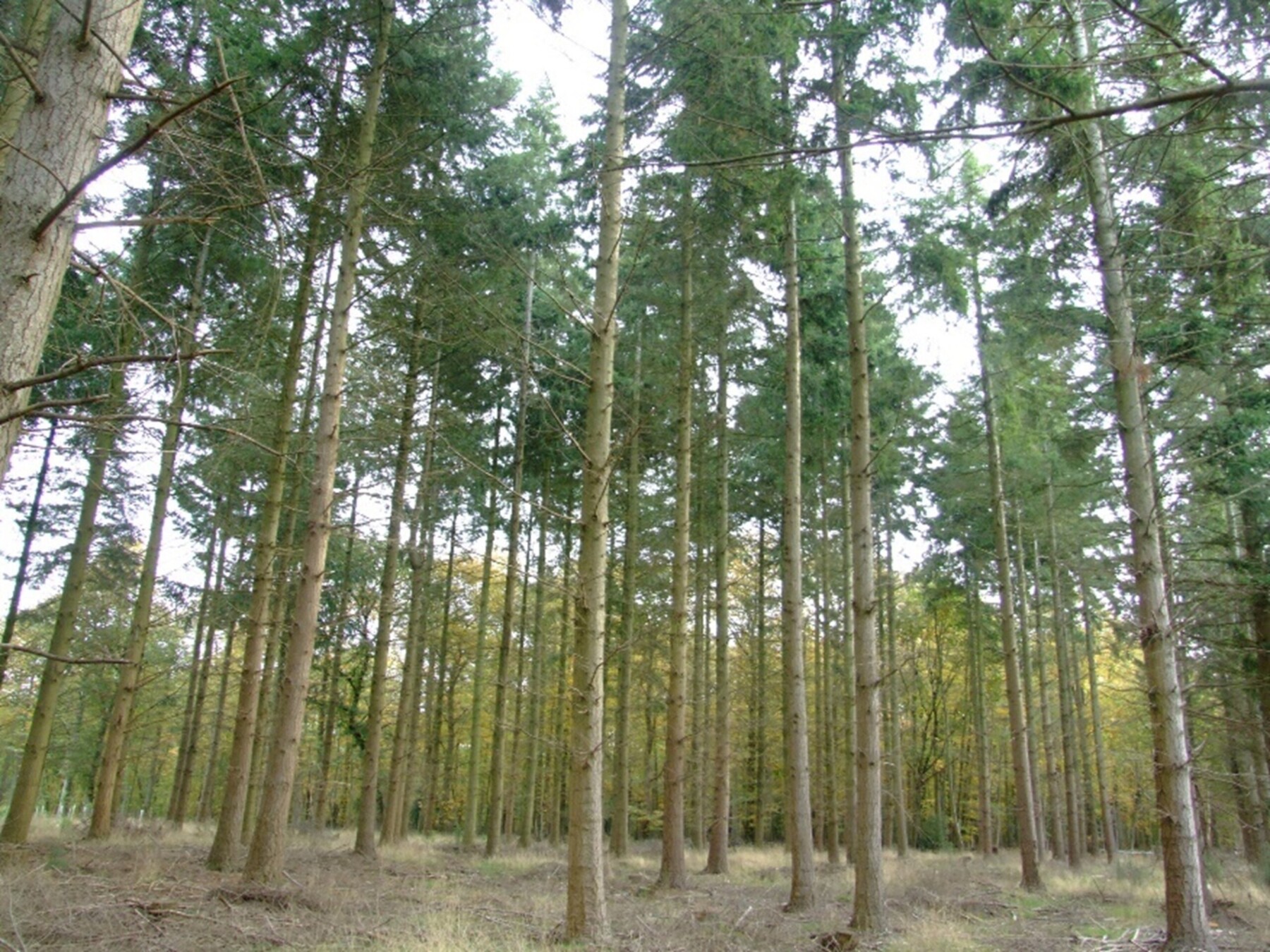 Not all productive timber species are native to the UK. Douglas fir is native to North-west America and Western Canada, with its prime native range from British Columbia down to California. Named after botanist David Douglas who brought the first seed to the UK in 1827, it can be found throughout the UK, but is more commonly found and suited to western parts, such as The Lake District and West Highlands.  Interesting fact: there is a variety of Douglas fir called Rocky Mountain Douglas-fir (Psuedotsuga menziesii var. glauca), that is purely native to the Rocky Mountains, where it is found as both pure species woodlands and in mixtures with other conifer species.

Reaching heights of up to 60m and with a lifespan of up to 500 years, Douglas fir thrives in semi to full sheltered slopes where rainfall is higher; the best growing conditions are in areas of high humidity with 750-2000mm of rainfall. Although hardy to cold temperatures, it suffers from exposure and late spring frosts, especially in younger trees. Even though it requires adequate moisture to grow well, Douglas fir does not do well on waterlogged or calcareous soils; it does tolerate drier conditions compared to other commercial conifer species. However, it thrives on mineral soils that are medium to poor fertility with good soil aeration and adequate moisture. Because of this damp and semi-shaded environment, natural regeneration and a scrubby understorey develops, creating a lush, mixed habitat. When designing a woodland, these conditions have to be considered when choosing species variety; for example, a sloping agricultural field that has been ploughed and planted for decades will have soil with poor fertility but good aeration, making it a prime site for growing Douglas fir for productive means. 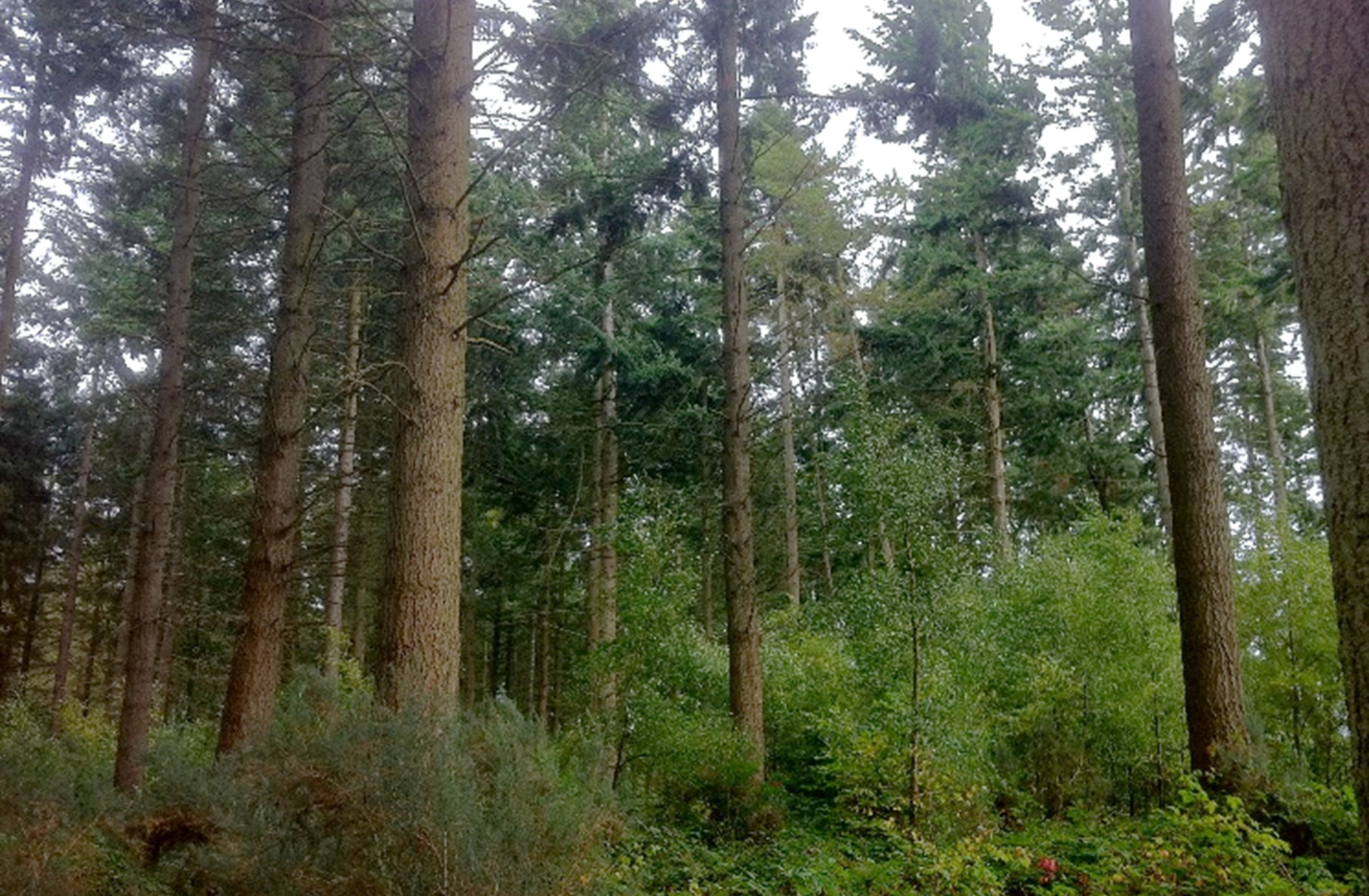 Stocking densities vary between species and location. For Douglas fir, trees are planted at a stocking density between 2000-2500 trees/ha; this equates to between 2-2.5m apart, but where there are optimum conditions, particularly in Scotland and Wale, they can be planted between 1-1.5m apart, at a density between 4,500-10,00 trees/ha. The tighter stocking density encourages less branching, leading to knot-free stems. Unlike beech which matures at a much later date, Douglas fir matures faster, meaning that earlier intervention via is thinning is required. This is to ensure that woodland doesn’t become overstocked, leading to a slow growth rate and more trees dying. Therefore, the thinning cycle continues every 5 years, until the trees have reached the best quality size, generally between 50-65 years old.

Douglas fir timber is a great pliable yet sturdy timber, so is used for decking, flooring and cladding. Timber that is straight grained and knot free is of extremely high value, with the timber used for beams and bespoke carpentry; timber with knots, is perfect for veneers! As well as the end product being of use, young Douglas fir tree plantations are commercially grown, managed then cut for Christmas trees; this coming Christmas, take a closer look when choosing your tree, it could be a Douglas fir!

One of the main threats to Douglas fir are pests and pathogens. Currently prominent in Spain and other southern European countries is the fungal disease Swiss needle cast, Phaeocryptopus gaeumannii; it causes yellowing then browning of needles, leading to mass defoliation. Although not currently in the UK, due to climate change predictions of warmer, wetter springs, this will increase the probability of the disease moving through Europe into the UK. Another fungal disease that effects both mature and young trees is Phytophthora ramorum; this causes both bark and foliage infections. Lesions form firstly on smaller upper branches, which if caught early, can be removed to halt the spread of infection. The needles and shoots become wilted and withered, with green colours turning brown then black. The warmer climate will see an increase in planting of this species, spreading across the UK. 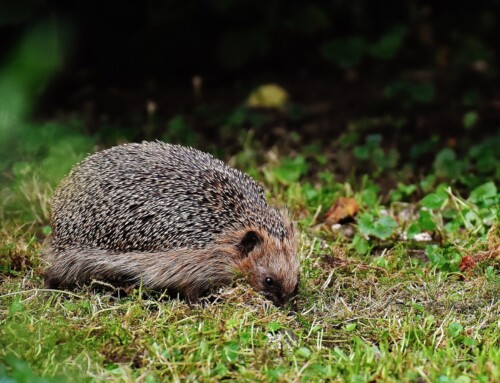 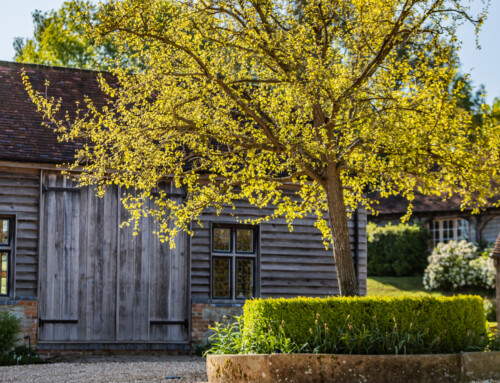 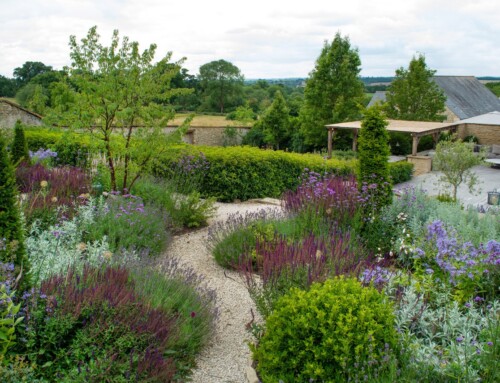 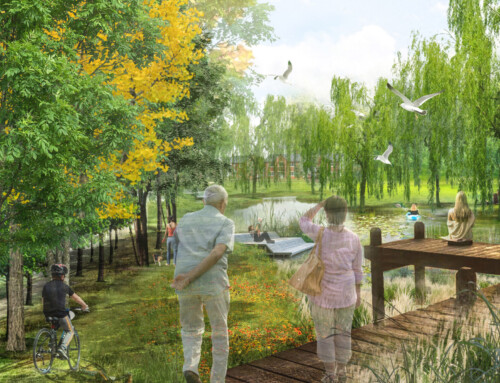 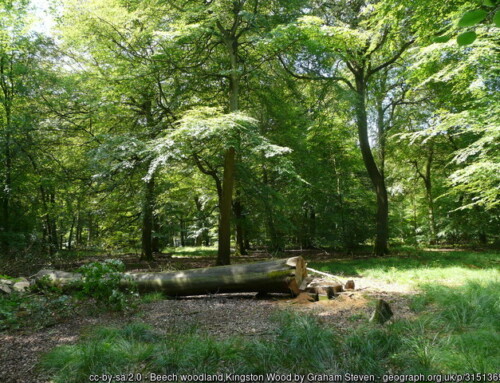